On April 23, 2018 the European Commission Medical Devices Expert Group, published the 19th version of the “Manual on borderline and classification in the community regulatory framework for Medical Devices” in order to clarify the specific designation of certain borderline devices. 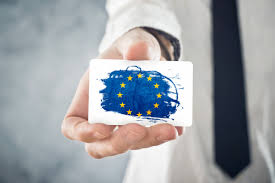 Borderline devices classification is not quite clear since they could fall under Medical Devices, IVD devices, medication or nutritional supplement definition.

There are also cases in which the product falls within the medical device definition but it is excluded from regulation due to its scope.

Compared to the previous version published last December, this Document highlights additional products which are no longer considered Medical Devices.

Other products such as bone void fillers containing animal growth factors  and Cryotherapy chambers are designate respectively as Class III and IIB devices.

It is worth remebering that the Manual refers to the Medical Device and IVD Directives, therefore it will be revised at the end of the European Regulations 2017/745 and 2017/746 relevant transition period.